Updates to Greg's profile since your last visit are highlighted in yellow. 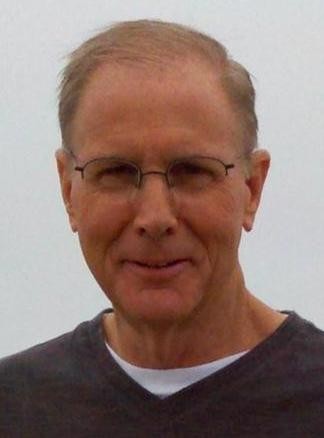 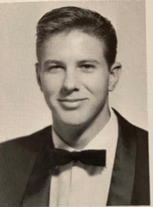 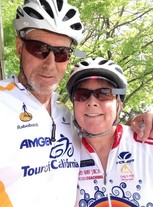 Yes! Attending Reunion
Send Greg a private message
Residing In:
Fresno, CA USA
Spouse/Partner:
Kay Koopmans Crocker
Occupation: If retired, what was your occupation prior to retirement.
Sr. Pastor of Crosspointe Church- Still working!
Children: (Example: Jimmy, born 1994; Mary, born 1998)
Scott 1978, Jeff 1980, Kristy 1982 - We lost our son Jeff to an infection he picked up from the hospital More…in 2006, Jeff was only 25.

Our son Scott has aspergers and OCD. A slight form of autism. We lost our son Scott on December 1, 2016 just short of his 39th birthday. The good news is we will see our boys again in God’s kingdom.

Our daughter Kristy lives 3 miles from us and has 4 children.
Homepage: (Fill in if you have a website. Separate by commas for multiples.)
www.crosspointechurch.net

Comments: What have you been up to since you graduated?

I grew up in Watsonville, CA. My dad owned the local “Pronto Pup” drive-in. (Later the A&W Drive-in Freedom, CA) This was also the cruise hangout for teenagers in the 60's. On the weekends the guys in their “cool cars” would cruise in and out of the parking lot. Remember curb service? Roll down your window and the car hop would hang your tray of burgers and soda’s on your window. Later, dad opened the A&W drive-in and this became the next hangout. In those days there were no McDonalds, Burger Kings, or Taco Bells.

Our family spent lots of time together at Pinto Lake located only a few miles from our house. My dad loved driving his hot-rod boats and mother along with my two older brothers grew up water-skiing. Every year we looked forward to camping trips to Lake Shasta in Northern California. What great memories, visiting Shasta Dam, skiing up the Sacramento, Pit and McCloud rivers, camping on the lake and waiting for the bears to show up in the late hours of the night.

In 1958 when I was eleven my parents along with my two older brothers (Dick and Ted) went to a conference at Mount Herman to hear Billy Graham. My parents (Dick and Lurene) and my two older brothers all accepted Christ into our lives that summer day. That day, God forgave our sins and freely gave our family, never-ending life. A few years later at Hume Lake Camp, I gave my life to God to use in full-time Christian work. Once I took the call, my life was changed forever.

Kay and I met at a bible study I was leading. Three years later I married this cute Christ-like girl on June 16, 1972. God gave us three children, Scott, Jeff and Kristy. Jeff went to his home to heaven in January of 2006. We praise God for the promise that we will see our son again! Kay and I have served the Lord for 30 years. We began serving young people: Jr. High, High School and College. I have pastored four churches, one in Nevada and three in California.

I water-skied professionally for Marine world and Sea World of Ohio back in the 70's.

I water-skied a lot growing up and through my HS years. I later water-skied professionally at Marine World Africa USA in Redwood City and later at Sea World of Ohio.

My HS years I struggled with ADHD, however doctors didn't have a name for it then. So HS was really a struggle when it came to focusing on studies. I later did quite well in College and seminary and made the honor rolls. I went on to get a Masters Degree in Bible and a Doctorate in Theology.

At 72, cycling to try to keep fit, reading and studying. Come visit www.crosspointechurch.net

I'm enjoying reading about the old days at Watsonville HS. Unfortunately, the kids I knew really well have already passed on. Thanks Bill for keeping their site alive

Comment
Who was your favorite High School teacher? Why?

Comment
What was your favorite event during your years at WUHS?

Dating. About it, Pretty sad, huh?

Comment
Who were your best friends in High School?

Gregg Trier, Jim Gouker, Richard Saulovich (sp) and I got pretty close and I have run into Richard in Fresno. He actually attended my church in Sanger several years ago.

I knew Mary in HS, so sorry to hear, but now she is with the Lord. We attended First Baptist and remember Mary there too. Greg Crocker

Thank you classmates for the well wishes on my birthday, wow 73 of them so far.

Praying for my classmates. This virus is a first for all of us. Pastoring for almost 40 years and studying Gods Word has taught me that I can trust Gods Word in the midst of uncertainty. I invited Jesus into my life when I was 11 years old. I asked Him to forgive my sins and He Did. Anyway, friends, why not do the same if you haven’t already. Then invite Jesus to come into your life, He will. Love our wonderful memories we all share together. May the Lord protect you and your families. Greg

Next time one of my classmates are in Clovis, Fresno area come by. I'm still working full-time. www.crosspointechurch.net.

Here's a recent photo taken at our church last Sunday. Sorry I can't come to events with the Watsonville crowd, but still working full-time as the pastor at Crosspointe church in Sanger, but we live in Clovis. Kay is teaching full-time, 4th graders at Slater Elementary. Happy Thanksgiving to all and may your Christmas be full of happiness with friends and family. Come visit our church if your in the area on a Sunday 10:30am. www.crosspointechurch.net Kay and I have been married since 1072, wow, long time. We have two sons in heaven and our Kristy is a correctional officer at the county jail in Fresno. Love to all, Greg for Kay

Thanks everyone for the Birthday greetings. God bless you and your families.

Back to Greg's Profile Details